April 08, 2020
With the COVID-19 lockdowns in effect we're tapping our frozen reserves of past harvests and prepared foods more frequently. The microwave has certainly seen an uptick in meal prep. Unfortunately one of the turntable wheels on our GE Profile dislocated and became damaged beyond use which prevents rotation while cooking -  game over for achieving reasonable cooking performance.

Lengthy shipping delays and complete shutdown of business is the norm at the moment so I decided to 3D print a replacement. With such a simplistic part, reverse engineering one of the working wheels took only a few minutes as did whipping up a model in SolidWorks. 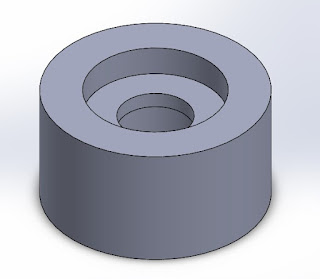 Print took ~15 minutes then snapped on and rotated like an OEM part. 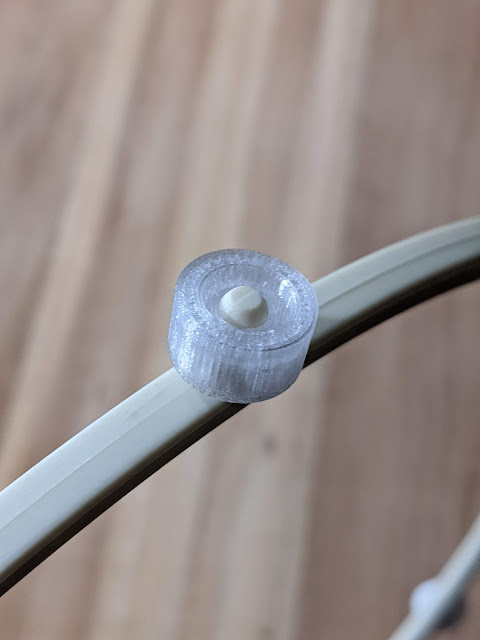 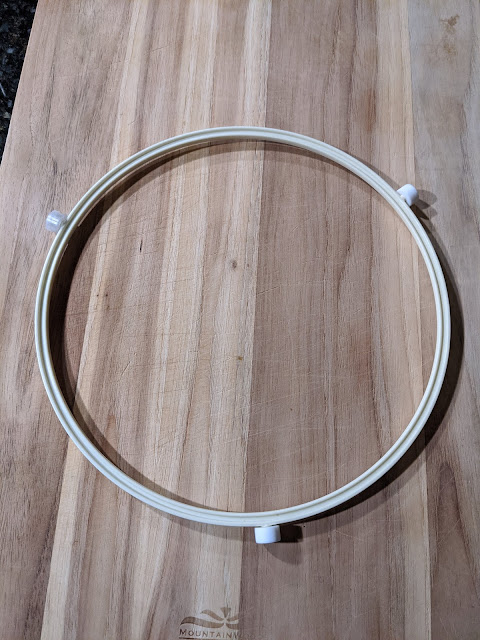 For those in a similar situation, I'm releasing the STL file for fabrication on your own 3D printer - hopefully there's someone out there who's life got a tad easier during these crazy times. 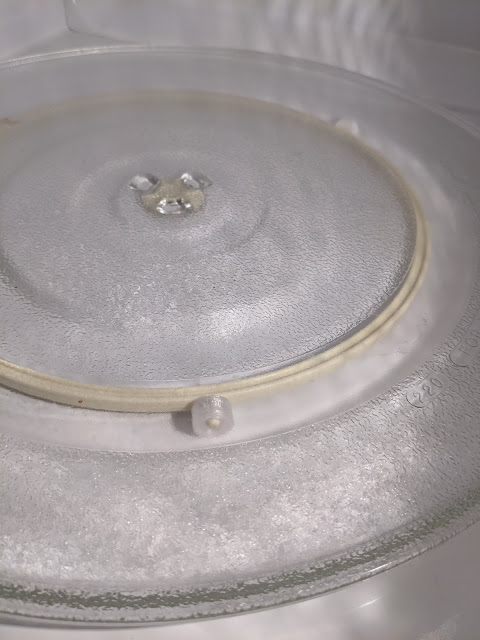 UPDATE: Over time the PETG wheel become deformed due to heat. I switched to ASA which has a substantially higher glass transition temperature and all is well.

Popular posts from this blog

February 25, 2020
Through my beekeeping operation I accumulate dozens of spent frames from which I salvage beeswax. Until recently I created candles as a means of storage for refined wax, though it reached a point where candle creation exceeded consumption. I decided to cast the refined wax into blocks for long term storage and began the process of creating molds. I pursued a number of concepts before settling on one which fit my needs; this post is will hopefully save others a fair amount of time as little information is available on the web for fabricating custom beeswax molds. Guidelines for the project: Use materials on-hand: 3D Printed PLA or PETG Silicone Resin Must be capable of reliably imprinting fine detail; minor defects are acceptable so long as it fits within the definition of "rustic" Technique must be adaptable across a range of sizes: 1/4 Lb to 5 Lbs Preheating of molds prior to casting not required Mold release agent (silicon spray) not required PETG Mo
Read more

May 02, 2021
nVidia's RTX 3090 is a beast of a GPU featuring the latest Ampere architecture with 10,496 CUDA cores and 24GB GDDR6X. Like many products these days it's suffering from limited availability, but I finally managed to acquire one. The 3090 replaces my aging GTX 1070 Ti FTW2 as the primary gamer and boosts my daggerhashimoto rate for Ethereum mining. Unfortunately the 3090 cooling system is not well suited for mining workloads and upon firing up NiceHash, the VRAM temperature quickly reached 110C and began throttling due to excessive heat. Searching the web I found a solution - replacement of the stock thermal pads with higher efficiency aftermarket pads . There are two paths - replacement of all thermals pads front and back or replacement of just the back. I elected to do a full replacement (as it's not terribly difficult to continue once the card is torn apart) and followed  CryptoAtHome's YouTube guide . -WARNING- This process may void the warranty of your GPU and carri
Read more